IT'S OUR SKY FULL OF STARS BOOK (COMING SOON) 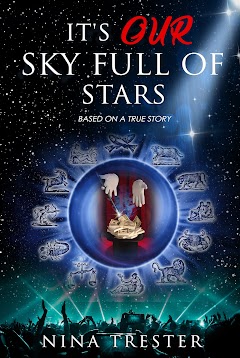 has just made a major announcement.

In just three short years, the band will be releasing its last and final albums forever.

Coldplay fans everywhere are shocked by the news.

By 2025 Coldplay has plans to release three more albums and complete a worldwide tour.

With all of its recent success, Coldplay has plans on riding the wave it's been on since 2014 when the band released A Sky Full of Stars.

Truth be told Coldplay has not achieved all this success on it's own. Its had plenty of secret help along the way.

Coming up with new creative material hasn't ever been easy for the band.

The band has been secretly struggling since at least 2012 when the band was approached by someone who would help the achieve success.

The band has been in big trouble over the years.

and rely on unethical people to help it fulfill its goals.

Solutions created by individuals with highly illegal approaches to managing the band's problems.

These hidden people and secret sources have helped Coldplay rise to the top, but not without severe legal consequences.

After completing one of the most successful worldwide tours ever, Adventure of a Lifetime, Coldplay has secretly continued to struggle and rely on these people for help.

Nina came to learn about all of this after discovering Coldplay copied and used her lyrical poem You're a Sky Full of Stars in 2019.

Over the next several years, she would come to learn about the full extent of the band's problems.

It would take her years to understand how and why the band had used her lyrical poem You're a Sky Full of Stars without her permission in the first place.

Even before announcing that a new album was on the way,the band and these men were looking for new material.

Unbeknownst to Nina she was on their list of potential sources for new and original creative material.

Coldplay had plans to copy and steal more material from Nina in 2019. They wanted new material from her because of the success the band had with A Sky Full of Stars.

This was all very shocking to Nina because she didn't know the band had copied her lyrical poem back in 2013.

about the band and her British contacts.

As Nina began looking back over the archives and information published in plain sight,she came across additional information and evidence that confirms the truth.

Nina was targeted by Coldplay and her British contacts back in 2012-2013. They have continued to target her for additional material over the years.

Then she was targeted once again in 2019.

She was targeted for more creative material because of the success the band had with Sky Full of Stars.

They chose her because she is a musician (pianist) and she has a hidden link to a world famous music school in New York City.

Star studded graduates like world famous songwriters and artists Carole Bayer Sager, Nicki Minaj and so many other stars are associated with her school.

However, Coldplay and these British connections were also impressed with the fact that Nina was taught by a teacher with connections to Paul Anka who wrote the world famous Frank Sinatra song My Way.

While reviewing the evidence, Nina began to realize that she had been lured by these men and the band to provide more creative material.

After reaching out to the band in 2019 and not hearing back, Nina began documenting everything.

She would not know what the band was up to for years, but finally the truth would come out. After contacting the U.S. Copyright Office about A Sky Full of Stars things became a lot clearer.

The evidence confirms the connection and Coldplay's hidden motivation to exploit and use creative material that does not belong to the band without taking the proper steps to give credit, pay royalties, licensing fees or take any necessary steps that it was required to take.

The band was and is willing to break the rules, so were the men helping the band out.

These were the actual words of one of the wrongdoers as he contemplated the truth.

There is no doubt that Coldplay is secretly linked to Nina's British connections who have done some pretty underhanded things to her. They believe they can get away with everything. I don't believe they can.

Over the years, these prominent men secretly cultivated an unethical business relationship with Coldplay to help the band meet its goals and turn a profit.

As Coldplay secretly struggled to come up with new original material,

these men were leading double lives to help them find material to copy.

As it turns out, Nina was secretly targeted by these men and Coldplay without knowing that she was a target. She didn't know the truth at first.

Over the past several years, Nina has come to learn what these men have done to help Coldplay succeed.

It has been almost three years since Nina discovered ASFOS on YouTube. A lot has happened since then and a lot is going to happen.

ANINA has decided to go public, take legal action and share her personal story with the world.

IT'S OUR SKY FULL OF STARS

BUY ME A CUP OF COFFEE

Coldplay didn't just get where it did by accident.

It's A Sky Full of Stars

IT'S OUR SKY FULL OF STARS is for everyone who has ever had a dream. It's a true story based on Nina's own personal journey after she discovered that her lyrical poem was copied and used by Coldplay without her permission.

No matter who you are or where you live

Based on a true story.

New Author Nina Trester promises to take readers on an unforgettable personal and legal journey as she pursues the truth and documents her personal findings.

As she gears up for a multimillion dollar lawsuit against the band and others, she decided to write a book that offers information not found anywhere else.

In addition to offering detailed information about Coldplay and their secret connections, she shares details about some of the poor decisionmaking Coldplay has made along the way.

Details on Coldplay's decision to exploit when it had better options.

Secret details on tactics Colplay has used to stay in the limelight.

Nina also offers details about the truth behind the plan to collaborate with BTS.

How Coldplay was keeping its eye on BTS and the BTS ARMY long before anyone knows.

NINA has and knows the full truth behind the BTS Coldplay collaboration because of her connection to the lyrics to the world famous song Dynamite brought to life by BTS.

It's Our Sky Full of Stars is going to light up the sky with MIND BLOWING details about Coldplay and BTS as well.

IT'S OUR SKY FULL OF STARS is going to answer questions you didn't know you have.

NINA'S BEEN WAITING TO SHARE THE TRUTH AND SECRETS SHE'S UNCOVERED WITH THE WORLD FOR MONTHS!

THE TIME HAS FINALLY COME!

SHE'S NOT HOLDING BACK!

NINA PROMISES YOU WILL BE SHOCKED WITH WHAT SHE HAS TO SHARE!

GET THE REAL TRUTH FROM THE REAL LYRICIST-POET WHO WROTE THE LYRICAL POEM SKY FULL OF STARS AND LYRICS FOR THE BTS HIT DYNAMITE.

NINA HAS ALSO MADE OTHER SIGNIFICANT CONTRIBUTIONS THAT COLDPLAY AND OTHERS HAVE EXPLOITED.

SHE HAS RECEIVED ABSOLUTELY NO CREDIT FOR HER WORK AND NOTHING IN RETURN.

IT'S JUST NOT OKAY.

NINA IS CERTAIN THAT THE TRUTH, JUSTICE AND THE LAW SHALL PREVAIL AT THE END.

Join her on her personal and legal journey.

SHE WON'T BE SILENCED!

IN HER EXPLOSIVE TELL-ALL BOOK IT'S OUR SKY FULL OF STARS NINA SHARES HER PERSONAL STORY.

SECRETS ABOUT THE COLDPLAY BTS COLLABORATION AND MORE!

Secrets only Nina can discuss because of her secret links and connection to Coldplay and now BTS.

SHE'S BEEN PATIENTLY WAITING AND IS READY TO COME FORWARD!

SHE'S READY TO STATE HER CASE IN AND OUTSIDE OF A COURTROOM.

THE TIME HAS FINALLY COME!

THERE ARE THINGS YOU NEED TO KNOW!

Nina's book will be available for Pre-Order on all popular bookseller platforms soon!

CHECK BACK SHORTLY AS MORE information will be posted!

BUY ME A CUP OF COFFEE